Things that make my head hurt

So you are a software engineer? You most likely feel positive about how we can use our skills to change the world, cure disease and make everyone a little bit happier?

I don’t want to put a dampener on your day but in this post I am going to have to smash that dream. There are some alarming statistics which have been published concluding that the technology sector will in fact be responsible for the Zombie apocalypse. When I say conclude what I actually mean is imply, most of the opinion and statistics in this article are a product of caffeine and tabloid research.

There is a study called “The future of Employment: How susceptible are jobs to automation” which was produced by the Oxford university academics Michael Osborne and Carl Frey. Osborne and Frey calculated how susceptible to automation each job is based on nine skills required to perform it: social perceptiveness, negotiation, persuasion, assisting and caring for others, originally, fine arts, finger dexterity, manual dexterity and the need to work in a cramped work space.

The result of this study is that 35% of current jobs in the UK are a high risk of computerisation by 2035. If we take this statistic as a bench mark then look at the way labour is distributed globally the effects are nothing short of devastating.

In order to calculate the level of devastation we must look at the way labour is distributed across the developed and non developed world. When we look at the break down of the UK labour force we can see that 50% of our industry falls into the categories with the nine skills that represent the 35% overall job loss. However when we look at the developing world and in this instance I am going to use India as a bench mark purely because it was one of the first links in Google you can see that 95% of all industrial output in India is at risk. When you apply the same 70% reduction you get a number of 65% of all current jobs in india at risk of computerisation by 2035.

The next thing we need to do in order to calculate a global risk is to look at the division of developed to non developed counties across the globe. If you look at the chart in Fig 2.0 you will see that approximately only 20% of the world is classified as highly developed. The distribution of Low to High development is almost equal therefore it is safe to assume that the figures we have calculated for india are representative for the remainder of the globe. 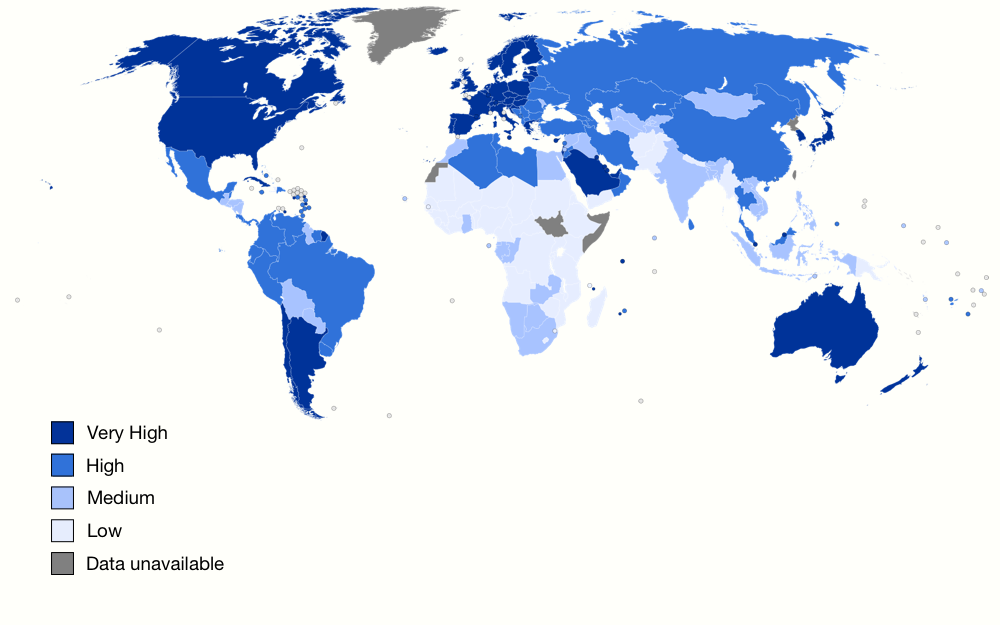 57% of all jobs globally at risk

But what about retraining and re-skilling? If we use the last great labour shift that happened to the United Kingdom which was the close of coal mining in the 1980’s we see that when a mine was closed 50% of all workers were still unemployed 12 months later, if we assume that the 50% of those miners who found new work found in a sector requiring comparable skills and we also assume that this sector is at equal risk, we can conclude that it will not be possible for the 57% of people affected to find suitable re-employment without retraining.

Retraining unfortunately takes a long time, using data from both the Industrial revolution ing the 1820’s and the recent industrial development of the UK moving away from manufacturing into knowledge work, we see that the process takes approximately 20 years. Because there is equal threat to this knowledge work as there is to mechanised industry it is safe to conclude that we can not reduce the effects of computerisation by retraining in any other role than software engineering, and since software engineers are born and not trained we completely remove any hope. 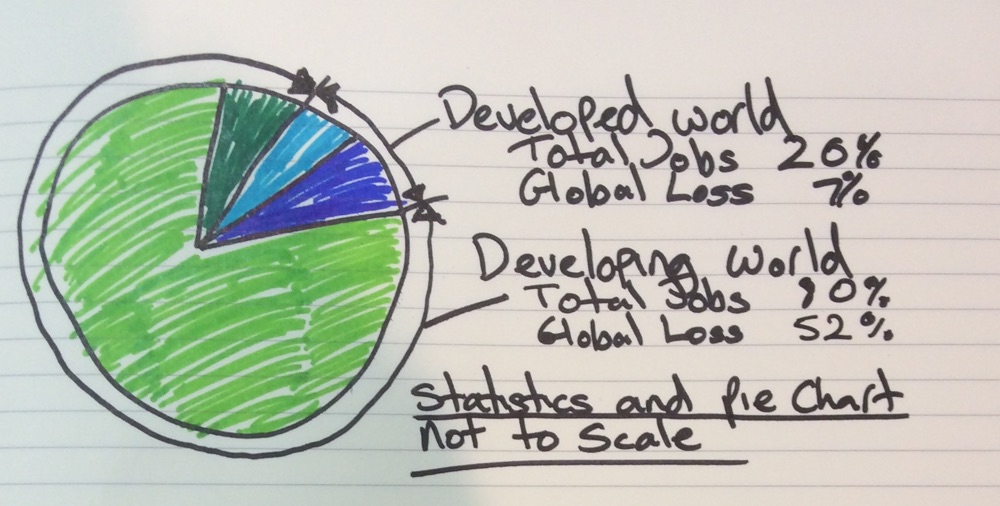 The ensuring increase in unemployment, poverty and the drop in world wide GDP will most likely lead to a global war. When we multiply the factors of war by the effects of poverty and despair we arrive at a situation not so dissimilar to the Black Death which occurred in Europe from 1346-1353 wiping out 60% of the population. Couple this to the effects of genetic modification and radioactive fallout, scientists believe that the dead will then rise up and walk the earth again causing a global Zombie apocalypse.

Next time you sit down at your computer to write that epic codez just remember that you are playing a small part in global destruction. Why not try offsetting this karma by doing something good today, make someone smile, give your partner a hug, donate something to charity or maybe just show a little more tolerance to those worse off than you?

Author, Geek, Ultrarunner and in my spare time developer advocate at HashiCorp. Author of Building Microservices in Go. Maintainer of Minke https://minke.rocks, build and test tool for microservices.