Things that make my head hurt

In this two part series I want to take a little look at a not so new concept called “Programmer Anarchy”, a term coined by Fred George. Part one is going to look at some of the overriding concepts then part two will take a deeper dive.

Who wants to change the world, to create something great that makes a positive difference in someone else’s life?

I’d like to think most of us do, the problem is it’s a struggle. We have to fight “The Man”, we are not allowed to express our true opinion, thinking, don’t even think about that.

You are nothing but a worthless drone

Wow, thanks for the insults and optimism, I’m out of here. Just before you go remember nothing is quite what it seems, go on read a bit more.

Welcome To The Machine

“Welcome my son,
welcome to the machine,
where have you been,
it’s alright we know where you have been”

That line comes from Pink Floyd’s “Welcome to the Machine”, for your own sake do not turn your stereo up to full volume and listen to this track and when I say listen I mean actually listen. I was so disturbed I nearly lost control of my bladder.

The music is haunting, combine this with the lyrics and I’m transported to what I imagined to be a post apocalyptic time in the future. A time without hope a dark, a very dark time.

“What did you dream? It’s alright we told you what to dream.”
“You dreamed of a big star, he played a mean guitar,”
“He always ate in the Steak Bar. He loved to drive in his Jaguar.”
“So welcome to the machine.”

Except it’s not a futuristic vision but a chilling tale about Floyd’s disillusionment with the music industry. Written in 1975 it actually depicts their feelings of the then present.

Seriously I am now depressed, thats just like my life, work hard, climb to the top. But like the song I am told what to think, I’m just a mindless drone.

Stay with me I am going somewhere with this.

Your problem my friend is you are thinking like an individual, let me tell you about a new way of working one where the team is central.

We have a secret which I am going to let you in on, a new twist on an old way that will save your soul. The startups understand this, they have a different way, a way where individual achievement is not paramount but the success of the team is the one which is celebrated.

They do this with flat structures based on creativity and connection to a product. It has been given many fancy titles, Lean, Continuous Improvement, Self Organisation, but essentially it’s good old anarchy.

Definition of Chaos and Anarchy

Before we go any further I want to clarify the meaning of the word anarchy. Some of you reading this will be thinking that anarchy equals chaos and that I must be completely insane for advocating that.

I am not advocating chaos as in fact this is not the meaning of anarchy, whether I am insane is a matter of opinion. Lets take a quick look at both definitions from the Oxford English dictionary.

The wonders of the English language two meanings of the same word with very different subtexts. It looks like the first definition is an embellishment on the second as there is no mention of disorder in the root “without chief”. 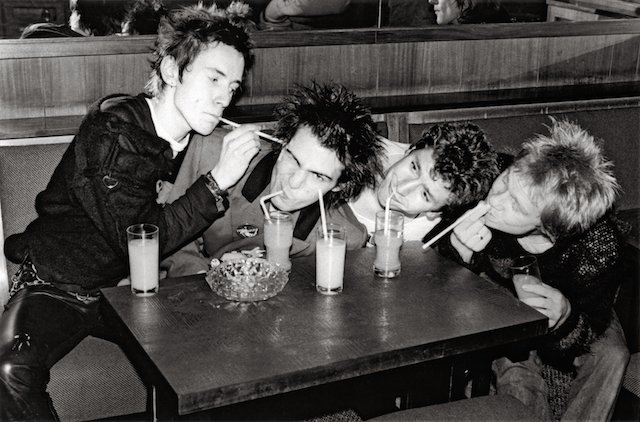 Dear Lord, anarchists are antichrists? Just what are you trying to sell me. I’m afraid popular culture has taken its toll on the word, the song “Anarchy in the UK” by the Sex Pistols is one of the first which springs to mind when anarchy is mentioned. Look at the image they portray it probably offends your senses right to the very core. This violent (yet excellent) music is a song about destruction and wanton disregard, the concept of anarchy probably has you half scared to death.

The truth is that there is very little substance in the lyrics and the look of the band, maybe they were manufactured to create a particular effect. Your brain latches onto a few key words, anarchy, destroy, no future. The song is not an anarchists manifesto, its just a song.

“Welcome to the Machine” however that has substance, real substance. If you don’t want to stay a drone all your life I would keep reading, the path to enlightenment is ahead.

Anarchy as a political system

If you look at the definition of anarchy on Wikipedia it quotes:
“Anarchy refers to a society, entity, group of persons or single person without recognition of authority”

This sounds terrible, but this is based on our conditioning that no recognition of authority is in fact the essence of chaos.

Pierre-Jospeh Proudhon a French philosopher politician in the 19th century and the person regarded as the father of Anarchy advocated stateless societies based on voluntary associations.

The reason why he advocated this is quite nicely described by Rudolph Rocker in his book Anarcho-Syndicalism (1938) he wrote:

“For the anarchist, freedom is not an abstract philosophical concept but is the vital concrete possibility for every human being to bring to full development all the powers, capabilities, and talents, with which nature has endowed him and turn them to social account. The less this natural development of man is influenced by ecclesiastical or political guardianship, the more harmonious will human personality become, the more will it become the measure of the intellectual future of the society in which it has grown”.

Karl Marx whilst not speaking directly on anarchism defined a requirement for a worker to be fully connected and involved in their work in order to express full potential.

Thats not a nihilistic attitude, no mention of getting pissed and destruction. In fact it’s a positive statement about unlocking hidden potential.

For over 150 years we have recognised that in order for humans to display true potential we must allow them to express their human nature to think and to act of their own free will.

For goodness sake this is heavier than lead, why don’t you keep your communist rubbish to yourself. Jumping to conclusions are we, I quote Marx and all of a sudden I am a communist? Anarchy is all about a stateless system controlled by group agenda not a bureaucratic system intent on protecting the ideals of the few.

You set the agenda because you are the one who knows best, now stop annoying me and read on.

Anarchy is good, you need Anarchy

Lets look at how real companies are using anarchist principles to run their every day capitalist businesses.

In their book Lean Software Development, Mary and Tom Poppendieck discuss the case study of an organisation which has achieved great success by following this method of engagement and connection. A company which encourages passion and worker satisfaction. Not a startup, in fact it is 3M, after 80 years it is still selling the same vision set out by William McKnight in the 1930s.

McKnight invented “an organisation that continually evolves from the creativity and initiative of individual employees rather than from the strategic planning of managers”.

So these stateless organisations are based on voluntary associations? Yes, Anarchy.

In fact this is exactly the behaviour of the self organising teams found in many companies. If you want a great product you need motivated people, if you want motivation then people need a feeling of belonging, safety, competence and progress. If you want to achieve this you need an anarchic stateless environment where instead of planning, organising and controlling you lead by setting direction, aligning people to tasks and enabling motivation.

What if your company advertised your role like this?
“A fearless adventure in knowing what to do when no one’s there telling you what to do”

Thats what I want, where do I apply? The statement is taken from the software company Valve’s handbook for new employees, they embody many of the good principles we have discussed and many that we will look at in closer detail in the next part. It sounds good though doesn’t it, nobody telling you what to do, thinking for yourself, using your intelligence and experience.

We don’t all need to work for Valve to embody their methodology it’s there for the taking you just need to “Give it a try and quick”.

As John Kotter wrote: “No one has yet figured out how to manage people effectively into battle; they must be led”

I am going to take a closer look at Programmer Anarchy. Until then you have nothing to fear, if we work as a team the machine is already beaten.

Author, Geek, Ultrarunner and in my spare time developer advocate at HashiCorp. Author of Building Microservices in Go. Maintainer of Minke https://minke.rocks, build and test tool for microservices.